She graduated in National Academy for Theatre and Film Arts "Krastio Sarafov” in 2003 in the class of Prof. Elena Baeva. She debuted on a professional stage at the Drama Theatre-Pleven where her roles were: Harriet in the "Golden Temple" by William Goldman, Dana in "Christina" by Orlin Dyakov, Olivia in "Twelfth Night" by William Shakespeare, Caesonia in "Caligula" by Albert Camus, Christine in "The Dinner for Fools" by Francis Weber, Sofia Alexandrovna in  “Forest Spirit" by A. Chekhov. She has also played Claudine in "Mad Night French" by Marc Camoletti and Linda Kerwood in "The Big Scam" by Ray Cooney. Since 2010 she is in the troupe of the National Theatre "Ivan Vazov" and her roles are: The Dress-maker in "Life Is Wonderful" by Nikolai Erdman, a Nurse in "One Flew Over The Cuckoo's Nest" by Ken Kesey, Woman in "Hashove" by Ivan Vazov, Louison in "The Imaginary Invalid" and Peasant Girl in “Dom Juan” by Molière, Eileen in "Lunatics" by Ken Ludwig, Fansheta in "The Follies of a Day" by Pierre de Beaumarchais.

During this season you can watch Vladislava Nikolova in the performances "Life is Wonderful", "One Flew Over The Cuckoo's Nest", "Hashove", "The Imaginary Invalid", "Dom Juan", "Lunatics", "The Follies of a Day". 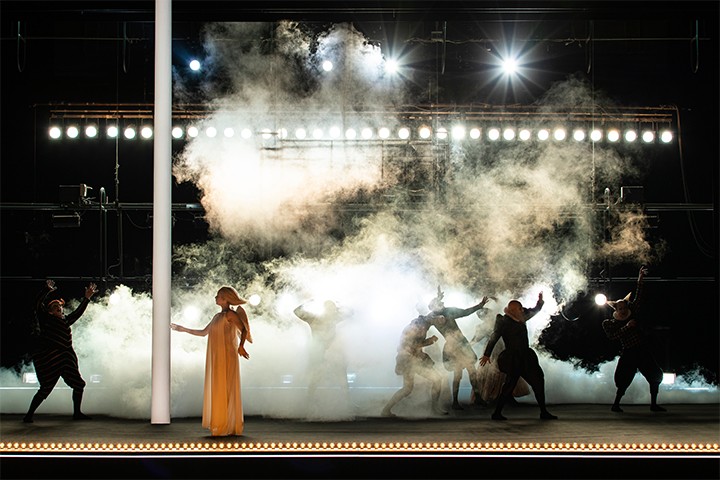