She graduated in National Academy for Theatre and Film Arts "Krastio Sarafov"  in the class of Prof. Margarita Mladenova, Prof. Ivan Dobchev and Georgi Dulgerov. Her vivid theatrical roles are built at Sfumato Theatrical Workshop. She has performed also in Theatre 199 and in a number of independent projects in Legal Art Center. Since 2009 she joined the troupe of "Ivan Vazov" National Theatre, where her more important roles are: The Woman in "The Dove" by Patrick Zuskind, Miss Julia in "Miss Julia" by August Strindberg, The Unknown Lady in "How You Like Me" by Luigi Pirandello, Nastasia Philipovna in "The Idiot’2012" after Fyodor Dostoevski, Ana in "Wild Duck Hunting" by Alexander Vampilov, She in “Everything is all right” by Dorota Maslovska.

Snejina Petrova is also Head of the Theater Department in New Bugarian University.

Awarded with IKAR 2007 for her roles in "Elabuga Station" and “Astapovo Station” on the adaptation of  Marina Tsvetaeva produced at Sfumato Theatrical Workshop.

Awarded with IKAR 2009 for supporting role in "The Dove" by Patrick Zuskind.

Nominations ASKEER`2015 for leading role in "How You Like Me" by Luigi Pirandello.

Big prize for best actress of The Festival of the Germanic Independent Theater Companys, Shtudgard`2009.

During this season you can watch Snejina Petrova in "How You Like Me". 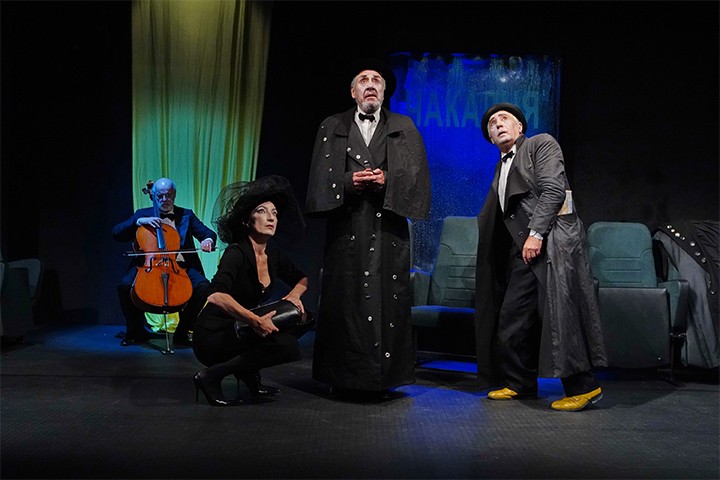 What Shall We Do with the Cello?