He graduated in Drama Theater at National Academy of Theater and Film Arts "Krastyo Sarafov"in 2008 in the class of Prof. Stefan Danailov. In 2009 he joined the troupe of "Ivan Vazov" National Theater. He debuts on stage with the role of BY in "The Bridge" by Laurent van Wetter. Among the more important roles he creates are: New in the "The Servant of Two Masters" by Carlo Goldoni, Monfleuri in "Cyrano de Bergerac" by Edmond Rostand, Toma Diafuarius  in "The Imaginary Invalid" by Jean-Baptiste Moliere, The Son in “Suede jacket”, The Double Agent in ”The Evil Prince” by Georgi Tenev, Itzak Blumenfeld in "Isaac’s Torah" by Angel Wagenstein, Attras in "Misanthrope" by Jean-Baptiste Moliere, Turicin in "Charming summer with it‘s inevitable troubles" by Maxim Gorki, Patros of Ellada, Mr. Luthy, Inspector Huisinga and Armenian grandmother in „Tracy’s Tiger“ by William Sarojan, Paolo in "I pay" by Yves Jamiaque, Harold in “Loot”  by Joe Orton, The Straw in "It is what is it" by Nedialko Yordanov, Grippesoleil in "The Follies of a Day" by Pierre de Beaumarchais.

During this season you can watch Hristo Terziev in "Charming summer with it‘s inevitable troubles”, "I pay", "Loot”, "Whatever will be will be”," The imaginary invalid”, "The Follies of a Day". 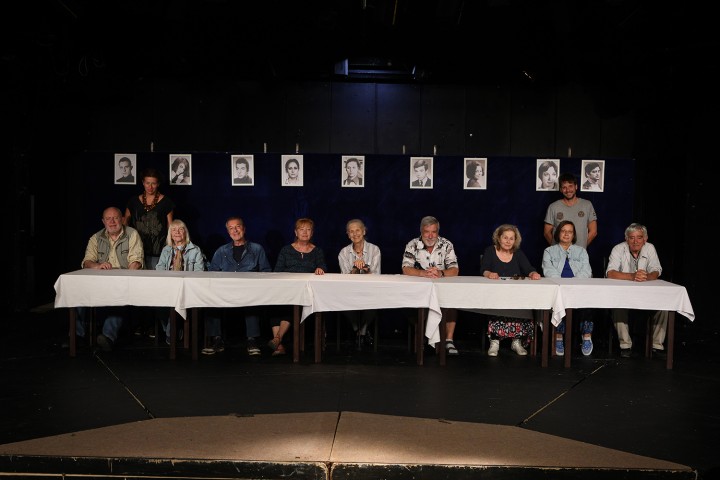 Whatever will be will be

Un Piano Dans l'Herbe (A Piano on the Grass)